This article will go over the basics of homomorphic encryption, followed by a brief overview of the open source homomorphic encryption libraries that are currently available, then will finish with a tutorial on how to use one of those libraries (namely, PALISADE). For this guide, I am assuming a background in basic cryptography, abstract algebra, and C++.

A Brief Introduction to Homomorphic Encryption

The concept of homomorphic encryption was introduced in 1978 by Ronald L. Rivest and Len Alderman. The R and the A in RSA encryption.

The most popular example for the use of homomorphic encryption is where a data owner wants to send data up to the cloud for processing, but does not trust a service provider with their data. Using a homomorphic encryption scheme, the data owner encrypts their data and sends it to the server. The server performs the relevant computations on the data without ever decrypting it and sends the encrypted results to the data owner. The data owner is the only one able to decrypt the results, since they alone have the secret key.

HE: A typical example.

So far, the most efficient homomorphic encryption scheme when performing the same operations on multiple ciphertexts at once is the Brakerski-Gentry-Vaikuntanathan (BGV) scheme

The Brakerski/Fan-Vercauteren (BFV) and the Cheon-Kim-Kim-Song (CKKS) schemes share second place for efficiency. BGV is, however, more difficult to use. These are all lattice-based cryptographic schemes dependent on the hardness of the Ring Learning With Errors (RLWE) problem, which (at least for now) means that they are quantum-safe. For an excellent introduction of lattices and the hard problem that RLWE is based on (namely, the Shortest Vector Problem) see these two lectures by MIT Professor Vinod Vaikuntanathan:

BGV, BFV, and CKKS are additively and multiplicatively homomorphic (i.e., you can perform both addition and multiplication within the encrypted domain). No division. No exponentiating a number by an encrypted one. No non-polynomial operations. In BGV and BFV, computations can only be performed on integers. In CKKS, computations can be performed on complex numbers with limited precision.

A catch is that you cannot perform unlimited computations within the encrypted domain without running into two issues:

In both schemes, you have to make sure you don’t go over the noise threshold, above which your values will no longer make any sense. The hardness of RLWE is based on adding a small amount of error to a point in a lattice, such that it is difficult to determine which point that error was originally added to. For more on noise growth in CKKS, see pages 12 and 22. Information about noise growth in BFV is scattered throughout Fan and Vercauteren. The reason BGV is more difficult to use than BFV and CKKS is that the noise levels need to be kept track of at every single step of the algorithm.

Noise can be dealt with by using bootstrapping

Since bootstrapping is an expensive operation, it is best to avoid using it unless you really need to. What BFV and CKKS use to allow for multiple ciphertext multiplications to be performed is the scale-invariant error-reduction technique explained in Brakerski.

If you are planning on performing the same operations on multiple ciphertexts, you should consider using the Single-Instruction-Multiple-Data (SIMD) method, based on the Chinese Remainder Theorem, described in Fully Homomorphic Encryption with Polylog Overhead, as well as,Smart and Vercauteren’s Fully Homomorphic SIMD operations. This optimization should be implemented in any homomorphic encryption library worth its salt.

Phew… those are most of the constraints within which you will have to work in order to write code using HE. For more really clear information on the BFV scheme, please see Albercht et al.

Of these five, I’ve personally used PALISADE, SEAL, and HElib. All three implement the BFV scheme. SEAL and HElib both implement CKKS as well.

PALISADE is a DARPA and IARPA-funded project (previously NSA-funded too). It was developed and is supported by a superbly talented team at the New Jersey Institute of Technology (Gerard Ryan, Professor Yuriy Polyakov, and Professor Kurt Rohloff).

SEAL was developed by the Microsoft Research Cryptography Research Group.

HElib was developed by Shai Halevi and Victor Shoup, both esteemed figures in the cryptographic community. The library does, however, have less support than PALISADE and SEAL do.

TFHE implements a scheme that is faster than BGV for individual operations, but which cannot make use of the SIMD method mentioned above.

PALISADE, HElib, and SEAL can be freely used within commercial applications, with each using an

A Tutorial on PALISADE

First, clone the repo, and then set up the environment in Linux (Windows is no longer supported). The best way to learn how to use any of the homomorphic encryption libraries is to look at the examples (PALISADE\src\pke\demo). For PALISADE, the scheme you want to use is called BFVrns. BFV and BVG are not as efficient and the LTV scheme is not secure.

We will be generating a public key cryptosystem that allows for addition and multiplication within the encrypted domain.

To generate the encryption parameters and save them, you can use the following code, which you can essentially find within the PALISADE demos:

Note that the larger the plaintext modulus, the longer the calculations will take within the encrypted domain.

You can print out the parameters that were generated:

You can determine how secure your parameters are by comparing them to the ones suggested in the Homomorphic Encryption Standard. The parameters generated by the code above give us 128-bit security, meaning that it would take roughly 2¹²⁸ computations in order to crack the secret key.

Next, you will need to generate keys for evaluating addition and multiplication operations:

Whenever possible, you will want to use the SIMD method mentioned earlier. In PALISADE, you can do so by creating a vector with the numbers you want to operate on, packing those numbers into a

Plaintext, and encrypting that Plaintext:

Recall that we are working with a polynomial ring.

To decrypt and see the result of the inner product:

For more information, click to read part 2 segment of ‘Homomorphic Encryption for Beginners’, where we deep-dive into practical applications of privacy-preserving signal processing.

I am tremendously grateful to the PALISADE team for their attentiveness to questions about their library and to Dr. Shai Halevi.

If you plan on reusing your keys, you can serialize them and store them in text files:

You can retrieve all of your keys, parameters, and cryptocontext as follows: 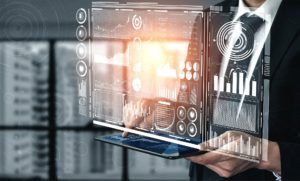 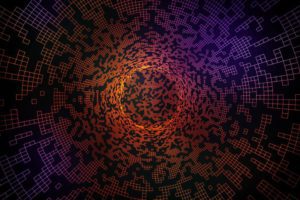 In today’s world, large models with billions of parameters trained on terabytes of datasets have become the norm as language models are the foundations of